As a teacher you soon realize that the amount of information that students are bombarded with everyday is astronomical. So you try, in every way that you can, to weed out the not so significant information and present the “daily need to know” stuff as simple and clear as humanly possible.

When I started working at Mörbyskolan three years ago I was stunned that they only had one information screen, situated at the main entrance. But the school has 4 other entrances and is built in a slope creating three floors. So about a year ago I started to think about how to expand the rather crude digital signage system that was in use.

The system was basically a computer hooked up to a 32 inch lcd screen showing a PowerPoint  managed by the janitor. It looked awful and gave very little and/or useful information to the students. And this point in time we threw out all out the stationary computers leaving a big heap of Dell computers running Win 7 on a Core 2 Duo processor and 19 inch lcd screens. I “borrowed” three computers and started fooling around creating a webserver running Apache with a Mysql server and PHP.  I knew what I wanted to do. I wanted a solution that would sync across 4 computers and a backend that everyone could use (i.e a WYSIWYG-editor), I wanted to show the time, the date and use RSS to import stuff like the cafeteria menu and news headlines.

But there was one catch. There was no budget, at all.

This, of course, meant open source. The first iteration of our system ran Xibo but the results was less than gratifying and it was to complex for the average user to use. So I went back to the drawing board and decided to try my “go to open source software”; WordPress.

I’ve been running WordPress for as long as I can remember and I love the easy to use interface and the plug-ins that makes WordPress such a powerful system. I then came across Nathan Jones and his WordPress theme for digital signage. It did everything that I wanted and was, relatively easy to customize.

But when the system came online there were some problems when the different screen resolutions and I soon came to realize that in order to make further changes in the template needed quite a lot of CSS work. An other problem that I hadn’t foreseen was that with this new digital signage system, teachers and staff started asking if they could show stuff on the monitors. The school nurse wanted to show a video snippet about underage drinking and the effects of that. But the system didn’t allow video files and even if it I could have made it work it would have broken the stylesheet.

So I was back at square one again. The system was flawed and, to be honest, it didn’t look that nice (something that is quite important for me).

So I started toying with the idea to go back to the Powerpoint solution, until I had found better working system, but then I struck gold.

I found a free piece of software called ShowPoint. It allows you to load a PowerPoint file and show it in fullscreen. But the beautiful part of the software is that it senses if the Powerpoint file has been updated and then loads the new version without any interaction needed.

So I designed a PowerPoint template and added a short movie file as an intro, basically just an animated logo, as the first slide. Then I created fixed slides for the different kind of content that the students would need to see every day.

But I wanted to have a clock and date running on the monitors as well. The solution was to use the magnificent plugin LiveWeb, which allows PowerPoint to show html and websites on a slide.

I created and html file with the code needed to output the current date and time and placed a content box in the lower third of some of the slides. I then created a new slide and imported a rss version of the cafeteria menu.

And here is where Dropbox saved my a**. I created a folder on my Dropbox account, put the PowerPoint file and the html file in the folder and then started to share the folder with some colleagues. I also installed Dropbox on the four computers I had placed in different locations around the school, installed the LiveWeb plugin and the ShowPoint software on every computer, pointed ShowPoint to the sahred Dropbox folder and presto, I had a fully working digital signage system!

As a added bonus I installed TeamViewer on the clients so that I could remotely access them if they by any change reboot or stall.

Shared Dropbox folder. Used for the main Powerpoint file as well as file repository for both media and software used

Powerpoint file used. Some slides not currently used are inactivated. Some slides are marked with text giving end users tips on which slides that are “admin only”. 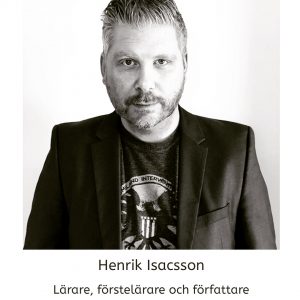